I will show the minimum setup and explain details.

Topics covered in official manual (flyspell-mode-predicate, for example) are NOT discussed.

You can check my complete configuration HERE.

Emacs finds the right dictionary by querying the locale.

Below set up force Emacs to use the dictionary "en_US":

Some people prefer hunspell because hunspell gives better suggestions for typo fix. We can run both programs to demonstrate,

I recommend aspell instead of hunspell (Though hunspell is fine).

There is one minor issue in this setup. If a camel case word contains correct two character sub-word. Aspell will regard the word as typo. So aspell might produce some noise (aspell 0.60.8 has new option --camel-case which solves this problem completely).

If Emacs starts an aspell process with --run-together option, that process is not closed so it can be re-used by other commands.

This behavior will be a problem if you want Emacs/aspell correct the typo by running the command ispell-word because an aspell process with "–run-together" will produce too much noise. 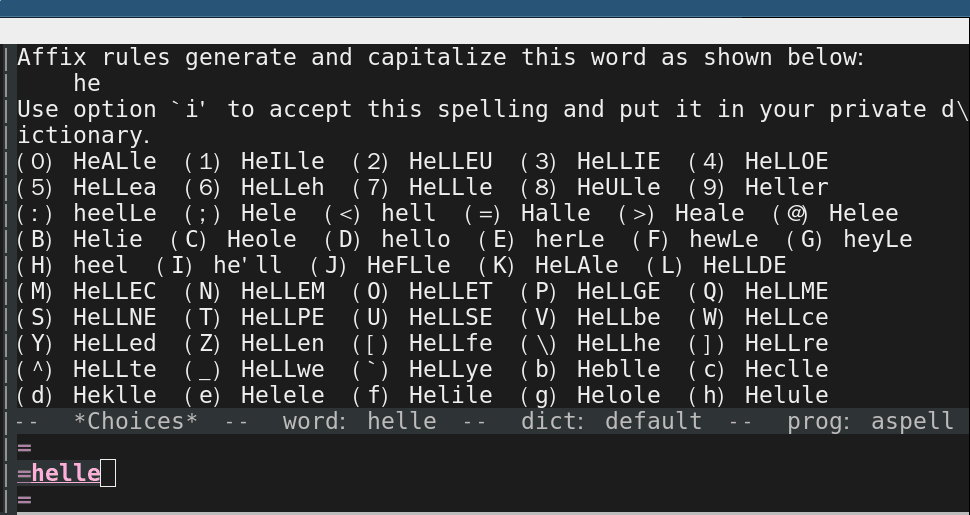 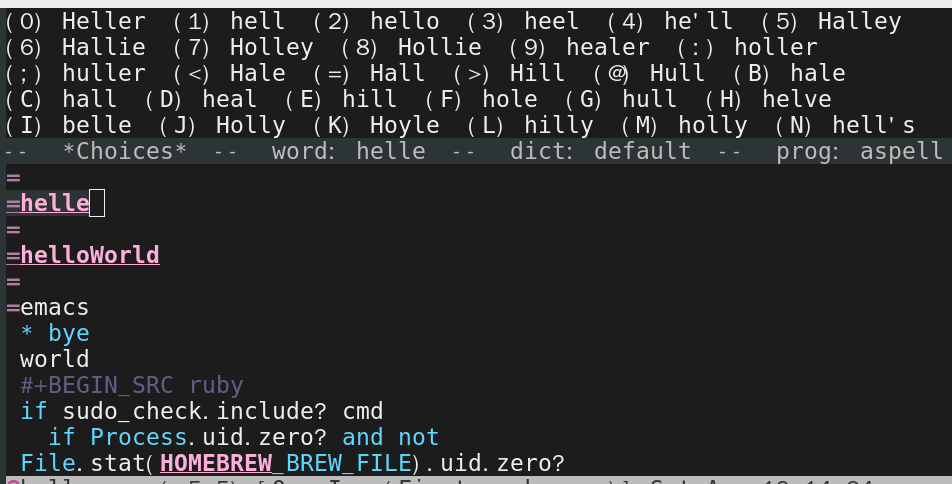 As I mentioned, the global variable ispell-extra-args contains arguments Emacs will always append to a spell checker process (aspell). That's the only variable you need care about.

The easiest way is to set up environment variable DICPATH.

For example, on macOS (LibreOffice is installed first),